Back to the top
X

Aria: The Making of 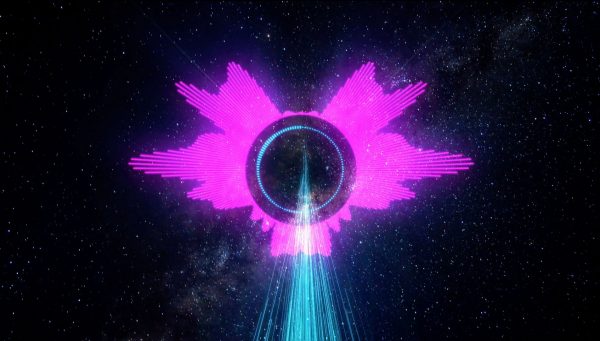 Aria wasn’t originally intended to be a 5th PROJEKT song. It was a sound experiment that began with Sködt messing around in our studio.

“I was in our studio and I heard an amazing drummer playing around in another room way down the hall. I wanted to learn what they were playing, so I stuck a microphone out in the hallway and cranked it just to record the pattern. Afterwards, I got behind the drum kit and started learning the beat and coming up with variations.

“Later that day, I was practicing playing and the entire idea for Aria landed all at once, complete in sonic and visual detail. It was a sci-fi story from a post-armageddon setting, playing on the precession possibility that we’re due for another Younger Dryas asteroid or comet impact, Graham Hancock style.”

After a day of composing Aria in our studio, using a handful of microphones to record drums, a drum machine, fuzzy synth bass, ambient synths and field recordings to create a sonic storyline, Sködt handed the piece over to Tara for lyrics and melody.

I loved it. It was so weird and we hadn’t done something like this before.

“I listened to the recording and instantly heard a soft melody and a lot of words being quickly whispered. I didn’t want to waste time coming up with lyrics, in case the ideas disappeared, so I grabbed a small book of Shakespeare’s sonnets from the bookshelf. I figured I would just sub in the poetry to get the idea down and then write actual lyrics later. Folded inside the the book, I found some paper scraps with a poem/letter that a friend had written and given to me many years ago. So instead of the sonnets, I decided to use my friend’s words. They worked so well that they ended up being the final lyrics. ‘Do we have permission to land’ was something that I just randomly blurted out. Who knows where that came from…”

Aria is an experimental song, so we thought we’d do something experimental for the video. The video was initially started six years ago, and intended to be released for the fifth year anniversary of V. However, it was much too ambitious of a project at the time without a small animation studio at our disposal. Thanks to advances in technology, and creative story boarding, we were able to pull it off now, for the 10th anniversary!

As we got started, we found that we pretty much had everything we needed to go forward. It took a day to discuss and create storyboards, and another to shoot the character scenes with a green screen that we had picked up months ago due to lockdowns. We found clothes in our closets that worked for both the military characters and the alien/multi-dimensional beings (or D-Bee’s for any Rifts players out there). A head was shaved to get into character. The script went through a few iterations, but the basic concept for the visuals came through with the song a decade ago. Sködt spent about three weeks at the computer keying and rotoscoping the live footage, and about two weeks of immersive animating, editing and post production.

The inspiration for the rotoscoping came from 1930’s Disney films like Alice in Wonderland, Snow White and Sleeping Beauty. All scenes were shot with short, loopable walking cycles in mind. The collaged imagery was created by combining different photographs and video footage from various royalty-free subscription sites.

The character design of the alien/multi-dimensional light beings and their telepathic message at the end of the video are based on a true story. But more on that another time…

The design of the spaceship in the video was inspired by the ancient Egyptian symbol of the winged sun disk.

It was created by using Javascript-based expressions that link characteristics of sound with various graphic parameters within the production software in order to produce certain visual effects. The depiction of the spaceship in the video was generated from the audio wave form of the song, Aria. One circle of the lightship spaceship was generated from the low frequencies and one from the high frequencies.

The spaceship IS the song!

In the Aria video, the telepathic transmission between the characters involves flashes of geometric designs. These designs are crop circles, which have appeared in various places on our planet. A large amount of crop circles are poorly plodded out by humans romping around on boards under the cloak of darkness, but a few, like the ones we featured, are undeniably curious in their creation.

The most notable crop circle in the video is one that was discovered in a field on July 7th, 1996 at Stonehenge, Wiltshire, UK.

We have used this design, which we call ‘Bass Glyph’ (because it looks so much like a bass clef), as well as other crop circles featured in the Aria video, as inspiration for a line of eco-friendly, sweatshop-free, socially-conscious T-shirts and tank tops made from super soft organic bamboo and non-gmo cotton.

The ‘Bass Glyph’ crop circle was first observed from a plane. A pilot and his passenger flew over the field at 5:30 pm. It was just a normal field when they flew over the first time. 45 minutes later, when they flew back over the field again at 6:15 pm, this intricate pattern had appeared in the field, 920 feet long and 500 feet wide. The security guards at Stonehenge verified that the formation was not in the field earlier that day and there were many eyewitnesses that pulled their cars over to the side of the road to catch a glimpse of the giant crop circle.

We recorded 9 songs live off the floor at Chemical Sound in Toronto for our album V with our friends, Jeremy Oram on drums, and Jean-François Kardinal (JFK) on fuzz bass.

We had practised the album material extensively in order to get all the songs tracked in 3-4 takes each, so the session was quite short, lasting less than three days. We went in and set up on a Friday night (pictured below) and were finished by Sunday afternoon with plenty of time for Tara, Jeremy and JFK to celebrate in the control room while Sködt played around with overdubbing all sorts of feedback using Chemical’s wall of sound. This cacophonous madness was encouraged and assisted by studio co-owner and engineer, Jay Sadlowski.

When we sequenced the floor-mix of the album, it felt like it was missing something. Specifically, a song that was from a different part of the sonic spectrum. Something completely different. Our studio time had ended and we were out of money for recording anyway. In hopes of finding a solution, we turned to a small collection of songs that had been recorded at our rehearsal studio which hadn’t been considered for 5th PROJEKT. As mentioned, Aria was amongst them, and the cosmic revolution concept of the song fit the concept of the album, which seemed synchronous.

Although it was a little out there in comparison to the other tracks from V – there aren’t any guitars at all on the track – Aria shared a synth with the math rock song, ≠LOVE (This Is Not Love), so we thought we’d see how it sounded amongst the others. Chemical Sound studio co-owner and engineer, Dean Marino helped us in the mix by adding some extra fuzz to the already fuzzy bass synth and layering another dimension of atmosphere over the entire piece which really complimented the existing dynamic of the album.

Aria quickly became our favourite track on the record and much to our surprise, received regular airplay for a year on CBC Radio’s, The Signal with Laurie Brown (check out her Pondercast). Despite being a last-minute add, Aria received more exposure than any other song on the album at the time, including the four songs we shot live video of while we were recording in the studio that weekend (more on that shortly). That’s one of the reasons why we wanted to release this Aria video for the anniversary of V. We’ve also been following Disclosure since 2001 due to our own experiences as children, so there’s that. More on that another time…