Back to the top
X

×
Update Required To play the media you will need to either update your browser to a recent version or update your Flash plugin.

With dramatic dynamics, exotic sounds, and intriguing atmospheres all blending into the songs, it goes a long way to setting 5th Projekt apart from most other alt-rock bands out there.

From the dreamy opening first track “In a Coma,” you will be mesmerized by the luscious beauty of Tara Rice’s vocals. (Circadian Review)

5th PROJEKT’s music is nothing if not eclectic

Overall the combination of both progressive and classic instrumentation on Circadian stands up to repeated listens – a world where atmospheric guitar sounds meld with tribal drums, keys, electronics and skilled vocals.

Anything with a hint of prog I usually like. “In a Coma…” has traces that made me think of comparisons to a bands like Muse and V.A.S.T. while Paulo compared it to the likes of Mew. Either way, they are complimenting comparisons.

5th Projekt is another example of why I thank God that Canadians make music.

Circadian is not a cd to really pick and chose songs from. I play this disc from beginning to end. Every track has the same amount of plays in my iTunes. Listening to Circadian is an hour commitment you’ll re-visit many times after purchase.

CiRCADiAN is a concept album and the first full length studio album by 5th PROJEKT. It was independently released August 29, 2006 on 5th PROJEKT’s Organik Rekords. It explores the metaphysical relationship of humanity as it coexists with its environment and the cycles of which both partake and create. 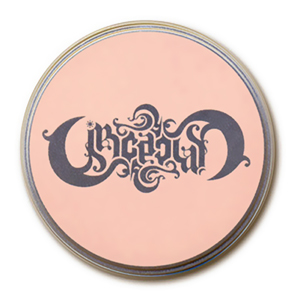